Directed by: Мarko Manojlović
Theatrical adaptation: Ivana Dimić and Jasminka Petrović
Costume and set design: Diana Lazarov
Мusic: Vladimir Pejković
Author of the song: Everything that I can do: Nikola Čuturilo 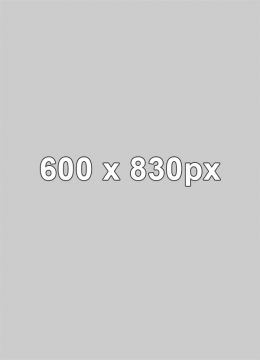 He is not able to button up, tie his shoe laces, cut the meat on his plate. It is difficult for him to get on the bus, kick the ball, draw a skater. His Mum and Dad are worried and tired, and the doctor is demanding and overwhelmed with her problems. People in the street pity and move away from him as much as they can, while his school mates make fun of and avoid him. They call him Kljaka (Gimp), although he has a nice name Jovan.

The Centre for Development of Inclusive Society (CRID) is an organisation established for the purpose of contributing, through projects, to the full inclusion of persons with disabilities, respecting their human rights and their freely chosen education, employment, right to have a family and free time.
Jasminka Petrović, children’s book writer, and CRID team cooperated on various projects and she gave them the book entitled “About a Button and Happiness” as a gift.
Aware of the fact that this book has provided children with and without disabilities with knowledge about a wealth of diversities and taught them to have respect for them, CRID launched the staging of performance based on this book.
Little Theatre Duško Radović, an example of good practice in terms of accessibility, was the CRID’s first choice of partner for this unique inclusive performance that will provide answers to dilemmas anyone may have about the phenomenon of disability.

He is not able to button up, tie his shoe laces, cut the meat on his plate. It is difficult for him to get on the bus, kick the ball, draw a skater. His Mum and Dad are worried and tired, and the doctor is demanding and overwhelmed with her problems. People in the street pity and move away from him as much as they can, while his school mates make fun of and avoid him. They call him Kljaka (Gimp), although he has a nice name Jovan.
Nowadays, life is difficult even if you have different tennis shoes, let alone a different body.  That's why he is looking at the world silently from a distance. It is easier and makes him feel safer. Only his nameless imaginary friend keeps him company.  He reaches seventh grade with his help alone, and then Milica appears. She is full of stories, questions, suggestions and plans. She opens some completely new doors that promise good entertainment, but at the same time lead to an unknown, dark and dangerous place.
If you have thought for a moment that this is a play about a poor boy with a physical disability, you are terribly wrong. Jovan is here not to make you sad, but to give you joy. He does not give rise to pity, but admiration.
He teaches us to be honest and brave. He raises issues of equality and difference.  He forces us to question ourselves and finally, takes us to Miljakovac, that is - to New Zealand.

A word from the author

While working on the play, we felt the need to get better acquainted with cerebral palsy. So Dušica, Diana, Marko, Miloš, Anđelko and I visited a specialised institution for cerebral palsy.  Talking to the psychologist and physiotherapist, we got many answers to our questions. Some of our doubts were clarified, some reflections confirmed, and we have learned a great deal.
The attitudes of people towards individuals suffering from cerebral palsy are very significant for their inclusion in society.  Curiosity, amazement, fear, rejection or pity, cause pain and anger both in children with disabilities and their parents. Even when people do not have a negative attitude, misunderstandings and discomfort frequently occur.  Stereotypes and prejudice are most effectively broken down by accurate and comprehensive information. The more we know about each other, the better we will understand and respect each other.
Apart from the professional staff, in the specialised institution for cerebral palsy, we met three patients - Sloba, Snežana and Ljilja.  We learned something from each one of them.  Sloba taught us a lesson of patience. Being an introvert, he did not exactly enjoy being closely watched while exercising with his physiotherapist. But that was his voluntary contribution to our staging of the scene with Jovan and his Doctor.
We obtained the key for the character of Buttonboy from him.  We learned from Snežana that it was possible to be a friend even if you had very limited motor and verbal capabilities. For soul mates to understand each other, glances and smiles are sufficient, aren't they?   That is how we resolved the relationship between Jovan and Milica with Snežana's help. Open and lively Ljilja offered us her sincerity, joy and charm.  Her message is:  Some people are truly lucky, such as myself!  This frame of mind became the motto of our play.

About the author - Jasminka Petrović in 9 scenes

Scene 1 (Belgrade, 1960)
Mum and Dad wanted to call me Snežana (Snow White), but the grandfather protested: “Look through the window! There's no snow in the garden, but jasmine. No way should she be Snežana, let her be called Jasminka!”
Scene 2 (Primary school, 1969)
I changed school in the fourth grade. I was so confused and scared that I did not dare ask the teacher to go to the toilet. Once I even wetted my pants in class.
Scene 3 (Secondary school, generation 77/78)
I got a C in Serbian language.
Scene 4 (Faculty of Philology, 1981)
I passed all the exams at the Department of Spanish Language and Literature. I did not graduate because I was seduced by marketing.  At first, the Team of Talents and Sachi&Sachi, presently the Advertising Agency.
Scene 5 (Family, 1982-present)
I married Vladimir. Igor and Ana were born soon after that. I started to write stories and they started to grow. Igor and Ana are big children now, and Vlada and I are small parents.
Scene 6 (Jobs from 1991 till today)
I was the editor of children programme on Radio Penguin called “200 right away”. For years, I have been a contributor of various magazines for children and youth (TIK-TAK, Veliko dvorište, Politikin Zabavnik, Huper...). I edited the National Geographic Junior magazine. I took part in numerous programmes that stimulate children's imagination and creativity. And who knows what else I would have done in my life, if I had managed my time and work just a little bit better?!
Scene 7 (Books from 1996 till today)
“Giga Makes the Sea” was my first book. It was followed by the second book (“School”). the third one (“Sex for Beginners”), and by all others (“Say Hello to Auntie", “This is the Worst Day of My Life”, “Mums”, “35 Calories and No Sugar”, “Rainbow Valley”, “Good Manners”, “How to Become and Remain Stupid”, “About a Button and Happiness”, etc.).  Some of the books were awarded, some were translated into foreign languages, and some have not been written yet.
Scene 8 (Theatre from 2002 till today)
Based on the books “Sex for Beginners” and “School”, the eponymous performances were staged in Little Theatre Duško Radović. The book “Sex for Beginners” was staged in Stockholm (“Young Dramaten”) and Sarajevo (“Juventa Poetic Theatre for Youth”).  I am wondering why Broadway has not called me yet.
Scene 9 (Premiere, 8 February 2011)

At the initiative of the Centre for Development of Inclusive Society, the book “About a Button and Happiness” was staged in Little Theatre Duško Radović. I wish to thank all the people who have helped in one way or another to enable Jovan, Buttonboy, Milica, Dušan and Doctor to go to Miljakovac, that is - New Zealand.